The term vocoder comes from the words voice and encoder, and it refers to a process of applying a speech-like characteristic to a sound. In different fields, the word is used in different and sometimes contradictory fashion. Here we will discuss how we can impose a particular formant structure to any sound. The basic technology was invented by Homer Dudley in 1939 [Dudley, 1939].

Recall that formants are peaks in the spectral envelope of the signal. That is, if we look at the gross (or macro) shape of the magnitude spectrum of a speech signal, it will feature a small number of peaks in particular in the region between 300 and 3500 Hz. The location (and amplitude) of these peaks correspond to specific vowels, or conversely, each vowel has a unique, identifying constellation of formant peaks.

The envelope structure, and thus also formant structure, can be conveniently modelled for a power spectrum, with a filterbank similar to mel-spectrum analysis. That is,

We can then analyze the envelopes of both the speech and the other sounds. 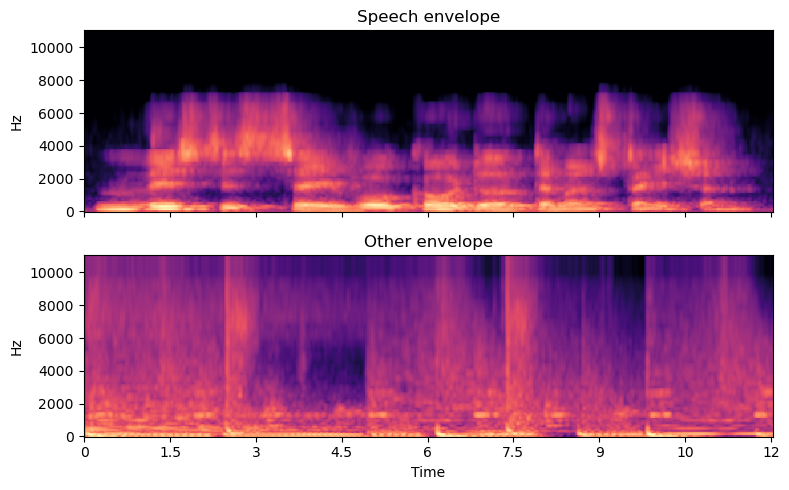 We can then extract the mel-envelopes of the speech and other signals, remove the envelope shape from the other by division, and apply the speech envelope by multiplication as 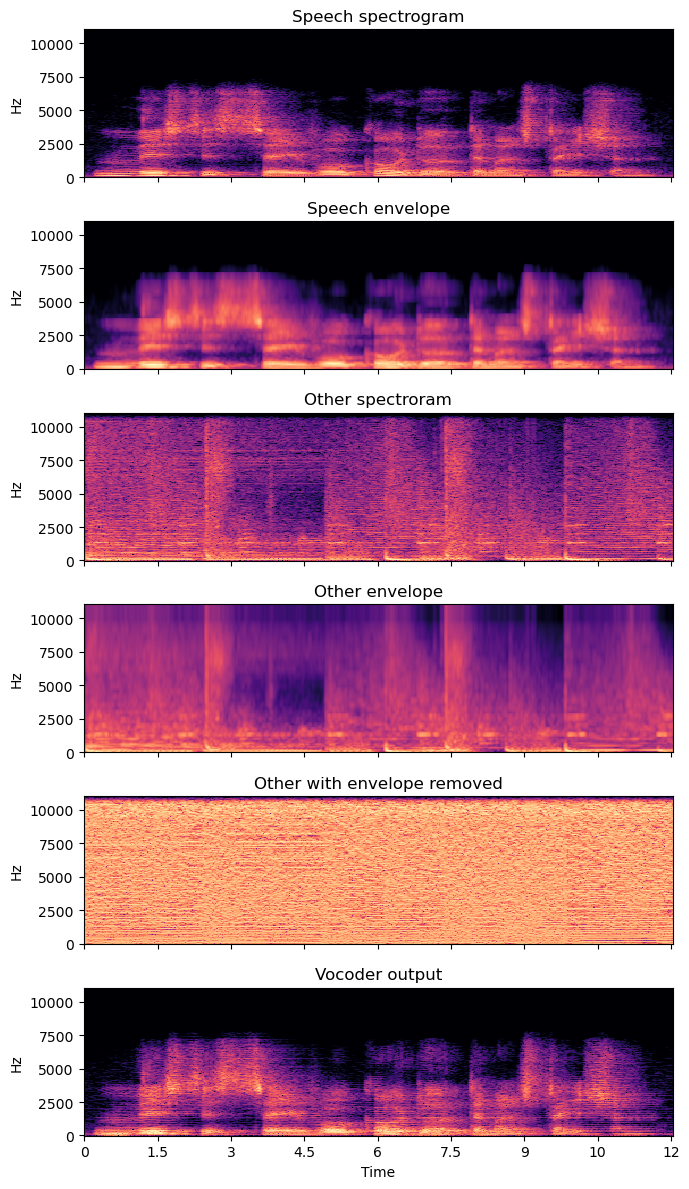 In the vocoder output sound, we can clearly discern both features of the speech and other signals. Namely, the fine spectral structure, such as the pitch of instruments remains from the other signal, while the phoneme-identity and thus the text content of the speech signal is also recovered.

The most obvious use of vocoders is popular music, where hits such as “The Robots” by Kraftwerk prominently feature the vocoder. Such entertainment however belies the true value of vocoders. Conversely, they highlight the power of vocoders by showing how important the envelope structure is to our perception.

In any case, vocoders are widely used as a component of many applications. For example, speech coding by Code-excited linear prediction (CELP) uses linear prediction to model the envelope. In general, speech and audio codecs are all based on some sort of envelope modelling and thus they are in fact using a vocoder structure. Similarly, many speech synthesis models use model the envelope and the excitation separately, thus also employing vocoders. Speech enhancement by noise attenuation often use spectral masks, which can be interepreted as envelope models. The mel-frequency cepstral coefficient (MFCC) representation is a classical feature used in speech recognition and voice activity detectors to model the envelope though only for analysis. It is thus clear that in a loose interpretation, almost all areas of speech processing use at least similar ideas, if not a complete implementation of a vocoder.