Computational modelling using neural networks was started in the 1940’s and has gone through several waves of innovation and subsequent decline. The recent boom of deep neural networks (DNNs) - which roughly means that the network has more layers of non-linearities than previous models - happened probably due to the increase in available computational power and availability of large data-sets. It has fuelled a flurry of incremental innovation in all directions, and in many modelling tasks, deep neural networks currently give much better results than any competing method.

Despite its successes, application of DNNs in speech processing does not come without its fair share of problems. For example,

To combat such problems, a recent trend in model design has been to return to classical design paradigms, where models are based on thorough understanding of the problem. The parameters of such models are then trained using methods from machine learning.

where x is an input vector, matrix A and vector b are constants, f is a non-linear function such as the element-wise sigmoid, and y is the output. This is often referred to as a layer. Layers can then be stacked after each other such that, for example, a three layer network would be

Deep Neural Network (DNNs) are an artificial neural network (ANN) with multiple layers between the input and output layers. Many experts define deep neural networks as networks that have an input layer, an output layer and at least one hidden layer in between. Each layer performs specific types of sorting and ordering in a process that some refer to as “feature hierarchy.” One of the key uses of these sophisticated neural networks is dealing with unlabeled or unstructured data. The phrase “deep learning” is also used to describe these deep neural networks, as deep learning represents a specific form of machine learning where technologies using aspects of artificial intelligence seek to classify and order information in ways that go beyond simple input/output protocols.

Neurons: It forms the basic structure of a neural network. When we get the information, we process it and then we generate an output. Similarly, a neuron receives an input, processes it and generates an output which is either sent to other neurons for further processing or it is the final output.

Weights: When an input enters a neuron, it is multiplied by a weight. Initially, the weights are initialized and they are updated during the model training process. When the training is over, the neural network assigns a higher weight value to the input it considers more important as compared to the ones which are considered less important. 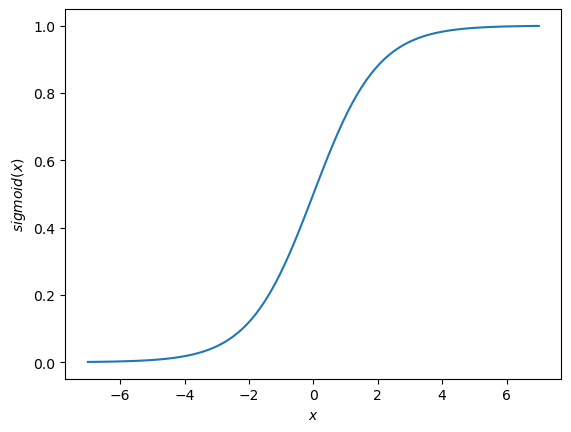 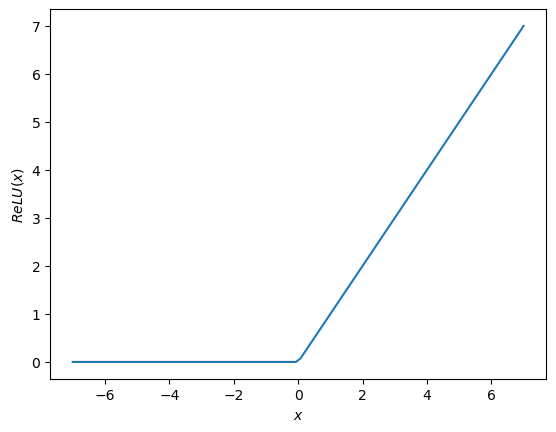 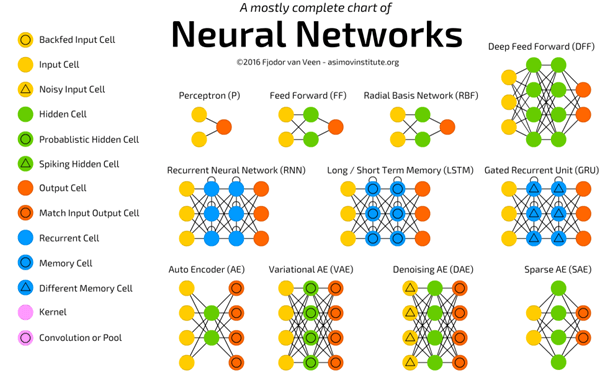 CNN was first proposed by [1]. It has first been successfully used by [2] for handwritten digit classification problem. It is currently the most popular neural network model being used for image classification problem. The advantages of CNNs over DNNs include CNNs are highly optimized for processing 2D and 3D images, and are effective to learn and extract abstractions of 2D features. In addition to these, CNNs have significantly fewer parameters than a fully connected network of similar size.

Figure 4.1. shows the overall architecture of CNNs. CNNs consists mainly of two parts: feature extractors and classifier. In the feature extraction module, each layer of the network receives the output from its immediate previous layer as its input and passes its output as the input to the next layer. The CNN architecture mainly consists of three types of layers: convolution, pooling, and classification.

Figure 4.1. An overall architecture of the Convolutional Neural Network.

The main layers in Convolutional Neural Networks are:

Higher-level features are derived from features propagated from lower level layers. As the features propagate to the highest layer or level, the dimensions of features are reduced based on the size of the kernel for the convolution and pooling operations respectively. However, the number of feature maps usually increase for representing better features of the input images for ensuring classification accuracy. The output of the last layer of the CNN is used as the input to a fully connected network. Feed-forward neural networks are used as the classification layer since they provide better performance.

Figure 4.2 Popular CNN architectures. The Figure is taken from https://www.aismartz.com/blog/cnn-architectures/.

Note that the performance of CNNs depends heavily on multiple hyperparameters: number of layers, number of feature maps in each layer, the use of dropouts, batch normalization, etc. Thus, it’s important that you should first fine-tune the model hyperparameters by conducting lots of experiments. Once you find the right set of hyperparameters, you need to train the model for a number of epochs.

Topics to be covered:

The standard feedforward neural networks (i.e,, DNNs and CNNs) are function generators associating appropriate output to input. However, certain types of data are serial in nature. A recurrent neural network (RNN) processes sequences such as stock prices, sentences one element at a time while retaining a memory (called a state) of what has come previously in the sequence. Recurrent means the output at the current time step becomes the input to the next time step. At each element of the sequence, the model considers not just the current input, but what it remembers about the preceding elements. This memory allows the network to learn long-term dependencies in a sequence which means it can take the entire context into account when making a prediction such as predicting the next word in a sentence. A RNN is designed to mimic the human way of processing sequences: we consider the entire sentence when we form a response instead of words by themselves. For example, consider the following sentence:

“The concert was boring for the first few minutes but then was terribly exciting.”

A machine learning model that considers the words in isolation would probably conclude this sentence is negative. An RNN by contrast should be able to see the words “but” and “terribly exciting” and realize that the sentence turns from negative to positive because it has looked at the entire sequence. Reading a whole sequence gives us a context for processing its meaning, a concept encoded in recurrent neural networks.

The Long Short-Term Memory (LSTM) was first proposed by Hochreiter and Schmidhuber [10] as a solution to the vanishing gradients problem. But it did not attract much attention until people realized it indeed provides a good solution to the vanishing and exploding gradient problem of RNN as described above. We will only describe the architecture of its cell. There are many variations in the cell architecture, but we present only the basics.

At the heart of an RNN is a layer made of memory cells. The most popular cell at the moment is the Long Short-Term Memory (LSTM) which maintains a cell state as well as a carry for ensuring that the signal (information in the form of a gradient) is not lost as the sequence is processed. At each time step the LSTM considers the current word, the carry, and the cell state. The LSTM has 3 different gates and weight vectors: there is a “forget” gate for discarding irrelevant information; an “input” gate for handling the current input, and an “output” gate for producing predictions at each time step. However, as Chollet points out, it is fruitless trying to assign specific meanings to each of the elements in the cell.